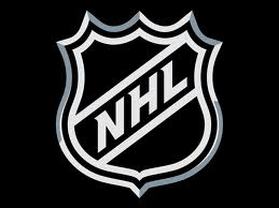 Within the first hour of NHL's Free Agent Frenzy, over 20 signings had taken place.  To this moment, roughly 4:30 P.M. eastern time, 60 players have either been signed to a new team or resigned with their previous squad.

The immediate winners of the day are the Dallas Stars.  They acquired former Ottawa Senators center Jason Spezza and forward Ludvig Karlsson in exchange for Alex Chiasson, two prospects, and a 2015 2nd round draft pick.  They also signed Ales Hemsky to a three year, 12 million dollar deal, reuniting him with Spezza.  With players like Spezza, Hemsky, Tyler Seguin and Jamie Benn, the Dallas Stars are going to be a very potent offense in the Western Conference.

Giving Dallas a run for their money were the St. Louis Blues.  I loved what they did at the draft by resigning Patrick Berglund and drafting Robert Fabbri, but the signing former Colorado Avalanche center Paul Stastny gives them so many option up the middle.  The Blues also signed Swedish forward Jori Lehtora.  St. Louis analyst, Darren Pang believes that he will fit in well with the established Blues roster.

Other big names on the move today were Andrej Meszaros, Matt Moulson, Brian Gionta, and Josh Georges signing/being traded to Buffalo, Thomas Vanek signing in Minnesota, returning to where he played his collegiate hockey, and Jarome Iginla inking a three year, 16 million dollar deal in Colorado.

In terms of what the Penguins accomplished today, all in all, was minimal.  General Manager Jim Rutherford took a safe approach by letting Engelland, Orpik, Joe Vitale, Jussi Jokinen, and Tanner Glass walk.  He made a big splash in the beginning of the afternoon, signing German-born defenseman and former Buffalo Sabres blueliner, Christian Ehrhoff to a one year, four million dollar deal.  This was a necessity with the soon-to-be-gone Orpik, Engelland, and most notably, Matt Niskanen.

Rutherford also added to the Penguins bottom six depth by getting Blake Comeau to come on board with a one year, $700K contract.  He also added underrated backup goaltender Thomas Greiss, also of German descent, for one year, one million dollars.

With restricted free agents like Brandon Sutter and Nick Spaling left to resign, along with Simon Despres, Rutherford's hands are tied in trying to make a move for a top six winger.  Unless a trade is made to clear up cap space, Penguins fans should not anticipate the signing of the much rumored former Toronto Maple Leafs winger Nikolai Kulemin.

Day one of Free Agent Frenzy lived up to its name and one can expect more exciting deals, whether they be trades or signings, in the next several months before training camp opens up for these squads.  For a full, updated list of the signings, check out TSN's list.