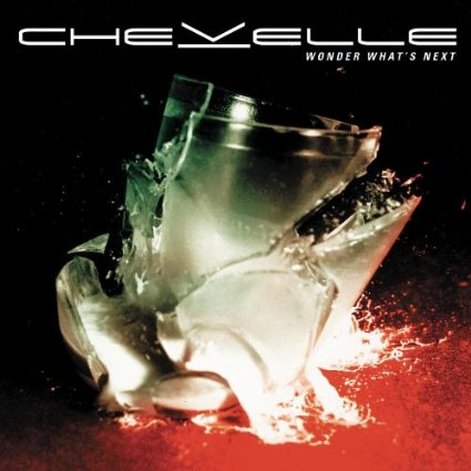 Thirteen years ago, the Chicago-based trio of brothers released one of the definitive albums of early 2000's hard rock.  The Loeffler Brothers (Pete, Sam, and Joe) created an eleven track masterpiece, Wonder What's Next, from start to finish, kicking off with the haunting and volatile "Family System."  Tracks like "The Red," "Wonder What's Next" and "Forfeit" were aggressive, heavy tracks that bordered the line of mainstream rock and heavy metal.  When listening to the album, there is very little time to rest and recover from the tracks.  Essentially, Chevelle pounds their musical genius into your ears constantly and does not let you breathe, except for the two slower songs on the CD.  One of which became arguably the band's biggest hit, "Send the Pain Below".  The other track being the concluding "One Lonely Visitor."

Pete's hypnotic vocals mixed with throat-tearing, teeth-clenching delivery at times are reminiscent of Tool and A Perfect Circle's Maynard James Keenan and that's certainly not a bad thing.  Pete also plays guitar on the CD and creates memorable riffs that still hold up today and could be better than most of the rock currently on the radio.  Brothers Sam and Joe fill out the line up playing drums/percussion and bass with backing vocals, respectively.  The chemistry the three brothers showed on their sophomore release is evident as every song is tight, crisp, and knows where it's going from start to finish.
Reviews for the album were generally favorable, ranging from two to five stars from various outlets.

The band has gone on to release several other albums, including This Type of Thinking (Could Do Us In), Vena Sera, Sci-Fi Crimes, Hats Off to the Bull, and La Gargola.  Chevelle continues to produce quality rock music, despite some line-up changes throughout the years.

Wonder What's Next was not a groundbreaking album by any means, but it remains a record that fans of the genre look back on and hold in high esteem.  Every track could have been a single, the ones that were were successful and have left quite a legacy.  Released in 2002, it still surpasses many releases of current day and will be the record that Chevelle's legacy will ultimately be defined by.