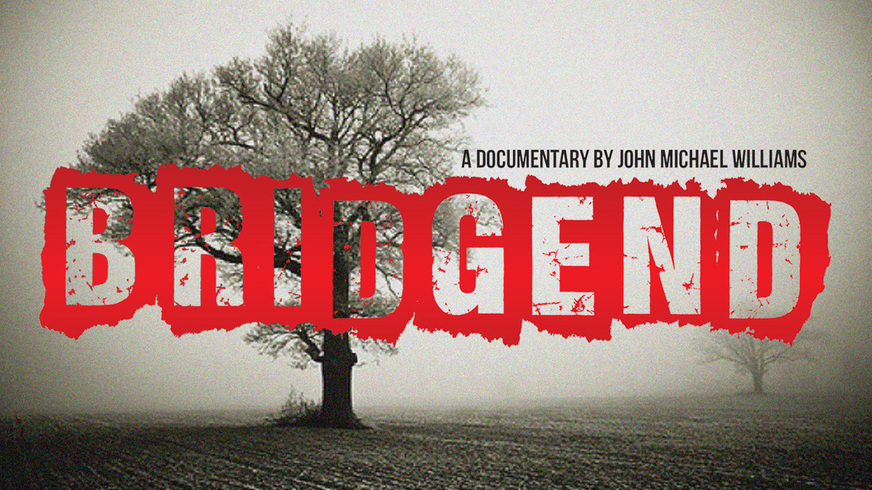 John Michael Williams' 2013 documentary, Bridgend attempts to tackle the difficult subject of suicide in this mesmerizing film.  Over a five year span in the small southern Wales town of Bridgend, dating back to 2007, nearly 100 people had taken their lives.  Some of the deceased were friends, schoolmates, or even family members, which begs the question why would these kids take their own lives?

The film backtracks the stories of several of the hanged victims by conducting interviews with friends and family members to attempt to understand why their loved ones would kill themselves.  Exclusive interviews give the audience an idea of how one's act affects families who attempt to cope with the pain and confusion in the wake of their tragedies.  All of the families are distraught thinking back on the days where they heard that their child had committed suicide and what they could have done to help their son or daughter through their difficult times.

Bridgend explores the town's history during the opening of the film, but immediately plunges into the daunting task of investigating the string of suicides that have put a darker cloud over the already overcast town.  The police will not talk about it.  Hospitals and their respective doctors were negligent in diagnosing depression or even helping the teens that were looking for guidance and parents can only do so much.  What is amazing is how the police and hospitals do not necessarily get involved with these events and attempting to solve the issue.

So what causes these kids to kill themselves?  It is a haunting mystery that, to this day, has not been solved.
Theories about an online suicide cult, a serial killer masking their killings as suicides, and a suicide pact are highlighted throughout the film and raises curiosity about the matters.  Another theory about the suicides is the media sensationalism that they garnered each time a body was found.  The film, in a way, is hypocritical due to the fact that it is sensationalizing these suicides.  There is a fine line between bringing awareness and capitalizing on tragedies and while I do not believe that the latter is the purpose of this film, it can certainly be construed in that manner.

Throughout the film, Bridgend native Justin Beecham shares thoughts and opinions on his numerous friends' suicides and what could cause the behaviors.  The 19 year old, repeatedly throughout says that he would never kill himself and feels that the acts of suicide are selfish.  The likable and charismatic soul, unfortunately, had hanged himself shortly after an interview with Williams which is a gut-wrenching reveal in the film.  It brings to life the situation in a more surreal way, seeing someone on film shortly before their last days.  Again, the question is raised, "Why are they doing this?"

No one in the town knows, families do not know and all that anyone can do is come up with theories that help them move through the pain and get through each day as best they can.  The emotion on the parent's faces and in their trembling voices is heartbreaking and for anyone who has been affected by suicide, their pain is all too real.

There is no question that suicide is a major concern.  With bullying and celebrity suicides, it is often glamorized in the United States.  Bridgend is the story of normal kids living in a normal town in southern Wales.  This documentary, in many ways, is scarier than any horror film out there because it is real and the cause or causes for such events is near impossible to understand.  The pain felt by these families resonates with audiences long after the viewing and creates a larger, ever growing concern about the topic.

This film is an absolute must-see for anyone who has dealt with suicide, anyone looking to help prevent suicides, and anyone who simply does not understand the impact suicides can have on those left behind.