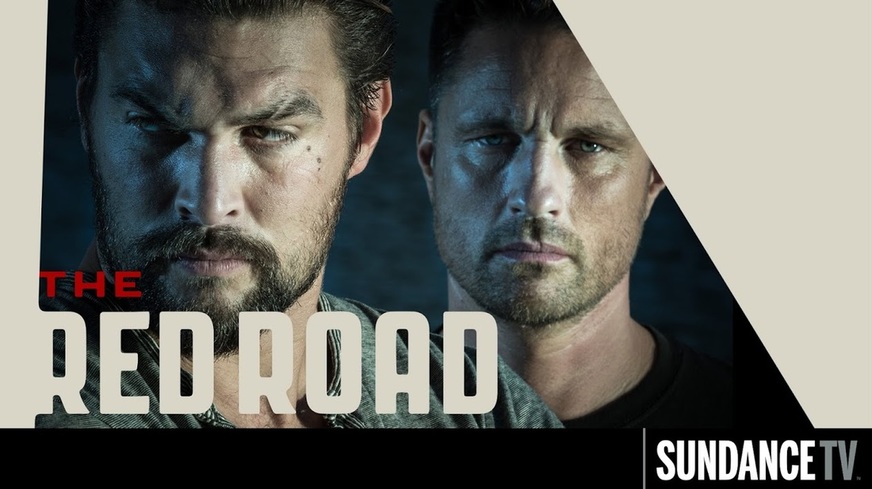 Photo courtesy of deadline.com
They always say "The road goes two ways," or something very similar to that.  There is always a right way and a wrong way and then there are those dead end roads where not matter where you go, you are met with the truth; that it's over.

Taking the literal sense of "road" out of Sundance's original series, The Red Road, this character driven drama revolves around two men, Philip Kopus (Jason Momoa) and Harold Jensen (Martin Henderson).  The two go back a long time, back to their high school days of living in neighboring towns in New Jersey.  For a detailed write up on what the series is centered on, check out the original write up by Sundance on IMDb.com:

Revolves around a sheriff struggling to keep his family together while simultaneously policing two clashing communities: the small town where he grew up and the neighboring Ramapo Mountains, home of the Ramapo Mountain Indians. After a terrible tragedy and coverup occurs involving the sheriff's wife, an unholy alliance is forged between the sheriff and a dangerous member of the tribe that will come back to haunt all involved.

I could sit here for days and write hundreds of words to try and describe the show, but the release above sums it up perfectly.  Stepping aside from the story, the acting by Mamoa really stands out.  His presence on screen is incredible.  He's 6'4" with dark eyes and slicked back hair.  He steals every scene he's in and really steps out from his previous roles.

Henderson is no slouch either as the cop trying to keep his life together.  People say that you can tell a lot from a man when you look into his eyes and that is no different when watching this mesmerizing series.  Whether he's happy, sad, lost, or confused; his expressions sum up the emotions brilliantly.

The overall cast is fantastic and the tension between the tribe and whites feels very real.  Created by Aaron Guzikowski, The Red Road is a slow build with fantastic payoffs.  Only the first season is available on Netflix currently with the second season just recently wrapping up on Sundance TV.  The first six episodes establish the characters, their relationships and history between the main characters.

This is one of those shows where you can easily watch all six episodes in one sitting and be begging for more.  Hopefully, that is the case.