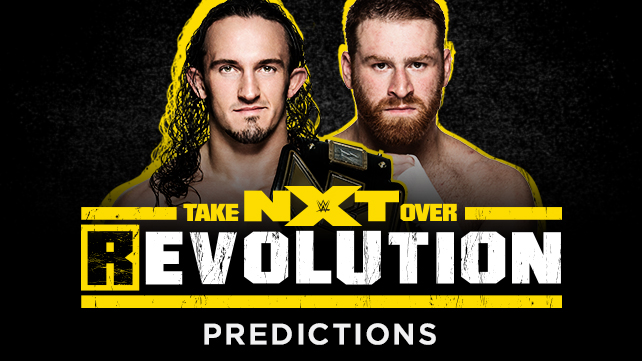 Tonight is the night.  Tonight is the night that we as wrestling fans get to see one of the best cards of the year.  Charlotte versus Sasha Banks, The Vaudevillians versus the Lucha Dragons, and The Ascension versus the dream team of Hideo Itami and Finn Balor are the undercard to a stacked program highlighted by the long, dramatic rivalry between Sami Zayn and NXT Champion, Adrian Neville.  Lest we forget the debut of the newest NXT superstar, Kevin Owens.

Three out of the four contests are for their respective championships, which adds to the drama of the show.  The biggest question heading into the night is "Does Sami Zayn complete his 'Road To Redemption' by finally capturing the NXT Championship?"  Read further to find out my thoughts.

The following predictions are based solely off of the matches on WWE.com's write-up and all photos are courtesy of WWE.com

Hideo Itami and Finn Balor vs. The Ascension 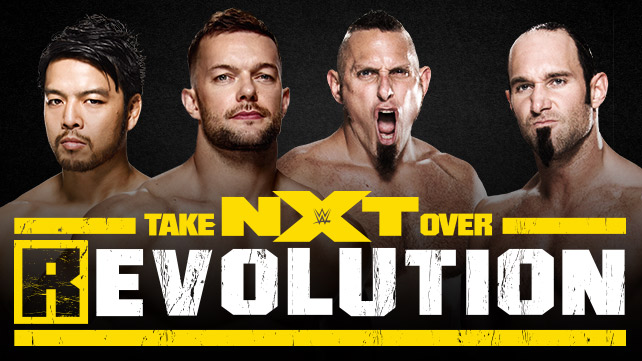 Itami and Balor are two of the biggest free agent signings in NXT history.  The international superstars were in high demand and WWE finally capitalized by bringing them into their developmental system earlier this year.  Itami was the first to debut at NXT Takeover: Fatal 4-Way.  His historic debut was shortly ruined when an enraged Ascension stormed down to the ring and assaulted the Japanese superstar after losing their Tag Team Championships earlier in the night to the Lucha Dragons, ending their near year-long tenure as champions.

This set into motion a string of several weeks of two-on-one attacks and finally, Itami had had enough.  He called upon his friend, Finn Balor and the two have been able to hold their own as of late against the former champions.  Heading into R Evolution, Balor promised The Ascension that he would bring something to the table that The Ascension "have never seen before."  What that means can only be speculated, but I have a feeling it may involve some paint.

Heading into the contest, the teams have traded onslaughts against one another, but with The Ascension recently struggling against the duo, I have to ride with momentum and say that Itami and Balor pick up the victory. 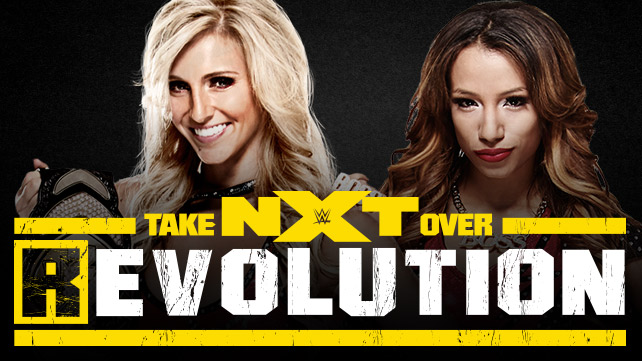 The battle between the former BFF's.  Charlotte, who is Genetically Superior versus "The Boss" Sasha Banks.  The feud stems back to Charlotte's victory over Bayley, defending her Women's Championship in their first clash.  Sasha strutted by the champ and proceeded to attack the fallen Bayley.  Charlotte, though not friends with the hug aficionado, came in to stop the unnecessary beat down.  From then on, Banks and Charlotte would continue to feud with Bayley and Becky Lynch being other participants throughout the several week back-and-forth battle.

With Charlotte's recent Raw debut, one could assume that that was an audience feeler for when she is called up to main roster.  Losing to Natalya does not do much damage to her reputation as the two had an amazing match for the title at NXT Takeover.  I believe that Ric Flair's daughter is the best Diva going in the WWE, top to bottom, but Banks will find a way to cash in and become the new NXT Women's Champion.  And that's not ratchet.

THe Lucha Dragons Vs. THe Vaudevillians for the NXT Tag Team Championships 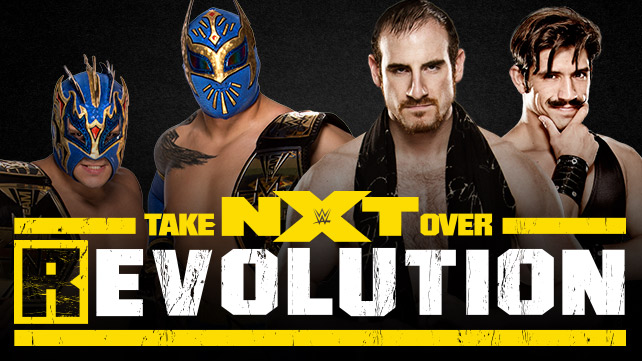 After defeating the Vaudevillians in the Tag Team Tournament that ultimately led to their championship victory over The Ascension, The Lucha Dragons have had a target on their heads.  The Vaudevillians, with a new, more vile presence, have been making short work, pardon the pun, of several NXT tag teams, including the mini Lucha Dragons.

Adrian Neville Vs. Sami Zayn For the NXT Championship 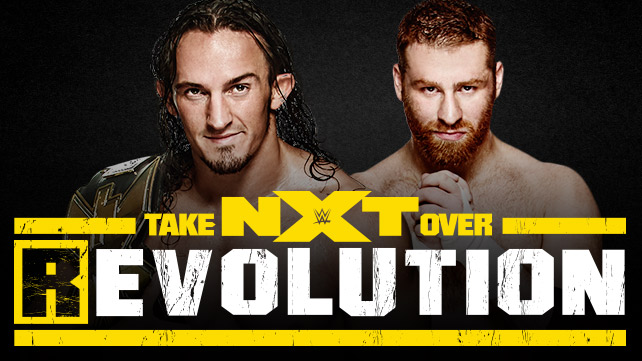 This rivalry does not stem back to NXT Takeover: Final 4-Way.  Or even back to the beginning days of NXT.  This rivalry has been around for over a decade as the two have traveled all over the world, faced off in 14 different countries, and have had hundreds of battles.  Adrian Neville, one of longest reigning champions in NXT history, has done whatever it took to retain his title, whether it be sliding the referee out of the ring during his fatal four-way match or feigning an injury in their last match-up together.  Neville lives and breathes for the NXT Championship and will do whatever it takes to remain the champ.

Zayn, however, is more of a by-the-books wrestler and wants to win clean, but has found out lately that his nice guy ways have not gotten him where he wants to be.  Zayn has defeated the likes Tyson Kidd, Titus O'Neil, and Tyler Breeze on his 'Road To Redemption' and has a new fire lit inside of him that we have never seen before.

Tonight, simply put, is Sami Zayn's night and do not be surprised if we see a more aggressive, dare I say, "evil" Sami Zayn as he captures the NXT Championship for the first time in his career.

My most anticipated moment of the night will be Kevin Owens debut, bar none.  He has paid his dues and finally, after fourteen years touring the globe, he makes his mark in the greatest wrestling organization of all-time.  I believe Owens will run roughshod for quite a while in NXT before ultimately becoming a dominant NXT Champion.

Also, look to see if NXT further develops the budding rivalry between Baron Corbin and Bull Dempsey.  The two are violent, dominant personas in the developmental ranks and are headed on a collision course sooner than later.  Lastly, I'll be interested to see how, or even if, Tyler Breeze, Tyson Kidd, and several other NXT "regulars" are used in the two hour broadcast.

This event will be one to remember.  It has the potential to be one of the best cards put on the WWE Network in it's short existence, and certainly the best NXT card since the inaugural event, ArRival.  Personally speaking, I have not been more excited for a WWE Network production in quite some time and am anxious with anticipation for R Evolution, but more importantly, the dawning of the Zayn and Owens eras, respectively.