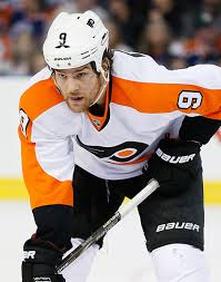 The Pittsburgh Penguins announced today that they have signed former Philadelphia Flyers right winger Steve Downie to a one year, one million dollar contract.

Downie, 27, was traded last season from the Colorado Avalanche to the Flyers in exchange for Maxime Talbot.  During his split season, Downie compiled 24 points (4G, 20A) in 62 games.

The Newmarket, ON native was drafted 29th overall in the 2005 NHL Entry Draft by the Philadelphia Flyers and has played for three teams during his six years in the NHL (Philadelphia Flyers, Tampa Bay Lightning, and Colorado Avalanche.)

Downie has strong ties with current Pittsburgh Penguins assistant coach, Rick Tocchet.  Tocchet coached the Tampa Bay Lightning from 2008 to 2010, where Downie had his best seasons, posting 112 points (47G, 65A) in 214 games.

Downie is a rugged winger who is willing to get dirty in the corners and fight if need be.  His tenacious play will pester the opposition and add a grit to the Penguins that has been missing for several seasons.