Heart in Hand- Only Memories 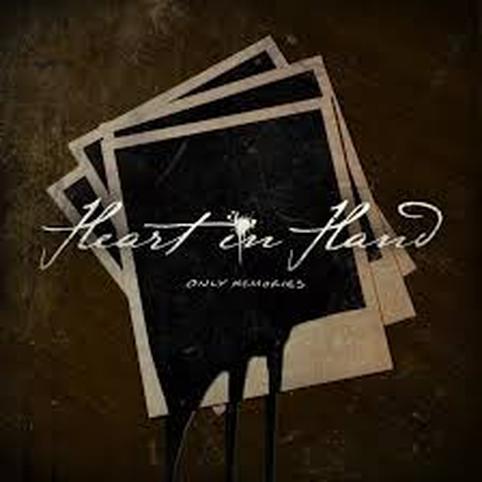 Album cover for Heart in Hand's debut album
This is an album review I had written almost three years ago about a then great up and coming melodic hardcore band.  Since this review, Heart and Hand has lived up to their true potential, have gained massive popularity, and released another full length CD in 2013, "Almost There."

The original link to this review is posted here.

The United Kingdom has been producing some amazing melodic hardcore bands over the past few years, and none of them are coming close to Bournemouth/Southampton natives, Heart In Hand.

Heart In Hand formed just under three years ago and have been on the grind ever since. Releasing two EP’s, touring feverishly all over Europe, and finally signing on with Siege of Amida Records in February 2011.  Their debut LP, "Only Memories", was released over the summer to great reviews from critics all over.

The album begins with the title track and right from the start, Heart In Hand prove they are going to be giants on the scene.

Beautiful melodic guitar parts, a superb bass line and half way through the song, and an absolutely chilling drum solo that leads to a massive riff by the team of Olli Wilson and Ed Hartwell, lays the groundwork of this masterpiece.

When Holmes belts out, “No regrets/Only memories” during the song, the conviction in the crackling voice is enough to let you know that this is the band's everything.

“Indelible Mistakes” follows afterward and picks up where track one left off; great guitar parts, beautifully brutal drumming and lyrics that will inspire anyone listening.

“Tunnels” is by far the most heavy and musically intense song on this album.

Starting with an intimidating drum line and guitar build-up, Holmes announces, “This is real,” and by God, he’s not kidding. One of the most intense, well constructed breakdowns is blared out and it’s superb.

Ian Fike lends his vocals on the standout tune, “Ghosts.” The screaming/yelling of Holmes counter-parted with Fike’s melodic, tattooed angel-like voice is eery, chilling, and ultimately, awe inspiring. The same feeling occurs on the last track, “Photographs” with guest vocalist, Andy Convey, of the band Burn the Fleet.

There are two majestic instrumentals to break up the furious, emotionally driven vocals of Holmes and the remaining crew: “This One Time In Denver” and “September.” They are at a much slower pace and put on to give the listener a break from the brutality.

Holmes crafts his songs as any brokenhearted, confused man would; a few of utter pain and rejection, which is counter-punched with jams that declare he’s moved on, then eventually owns up to his lie, retreating back to the heartache and feeling of helplessness he dwells in.

Heart In Hand is by far one of the best new bands I’ve discovered in a barely breathing genre. Melodic hardcore is not as popular in the States as it is in Australia, Canada, and Europe, but once Heart In Hand traverses the Atlantic and starts to spread their name up the East Coast, the genre will boom.

This band stands for something. They are real, they are here to stay and they will be big one day; mark these words.

Only Memories is one of the best debut CD’s I’ve ever had the pleasure of listening to and will continue to bump it until the next release.