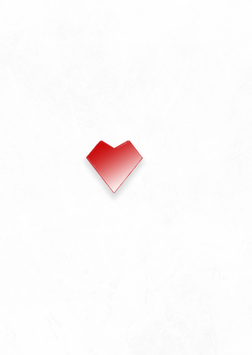 ​So, I wrote another collection of poems or prose.  More like diary entries in storytelling form.  Whatever you want to call them, I put words on paper that represent how I’ve been the past 10 years or so.

Rest Easy, My Pounding Heart is my third self-published release.  Like my previous work, Little Canada, this collection deals with the ups and downs of love and life.  However, unlike the first book, there are far more downs and regrets that needed light shed on them.

The first half of the book is under the Rest Easy, My Pounding Heart banner, going through a five-part cycle following the events of Little Canada and my first novel, To Madison.  It begins with utter confusion about self and worth.  It transfers to the desire to want to fall for one again, the lust one feels, followed by the confusion brought on once the past holds you back from a promising future.  It concludes with another downward spiral to anger and cynicism.

Some fictitious pieces mixed in with real life scenarios make up the first portion of this collection, an exploration into the mindset of a cynical, pessimistic, hopeless romantic who lost his way almost a decade earlier.

Upon reviewing the spew of words that found their way to the page, Shooting Star, in a much smaller timeframe, encapsulates every emotion felt from the previous section.  Lessons from REMPH were tested once again in Shooting Star, often with the same results.  Ironically, and admittedly, unintentionally, the book ends in the same place it began.  Time is a flat circle.

It is what it is and that’s what it will be.