It hits me around this time of year where I find myself listening to more and more post-hardcore/ "emo" music.  Maybe it's the early nights or the cold weather; I do not know, but what I do know is that there is no better band to express heartache, longing, and a desire to be better than The Saddest Landscape.  After all, 'tis the season for resolutions, right? 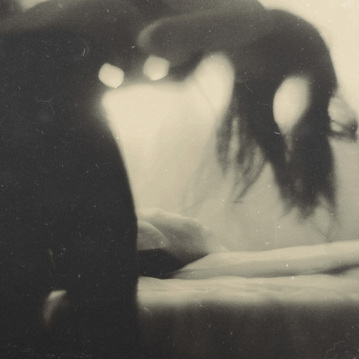 Album cover (Photo courtesy of Top Shelf Records)
9. Coffins Like Ours
Off of the 2013 EP Exit Wounded, The Saddest Landscape released what is arguably one of their more morbid songs, "Coffins Like Ours."  The tone is dark and evocative, the lyrics even more so.  Like many TSL songs, the initial burst of energy at the beginning of the song is countered with a slowly building final act.  This song is no different.  Loosely speaking, "The good guy never wins" is a theme in this song and that no matter what, death is inevitable.

Notable Lyrics:
"We've enraged the gods; now we move unprotected.  All our angels were accidents."
"Our sentimental side will be the death of us."
"Drive another nail until it feels like home; we will dream tonight."

8. When You Are Close, I Am Gone
The titular track off of the split EP, The Saddest Landscape and My Fictions combined for a bone chilling and emotionally exhausting near 14 minute long epic track.  The three versed song tells a story from two sides of the same coin; one which is down on its luck and over the pain and the other attempting to instill hope.  My Fictions takes the first verse, followed by TSL, then a collaborative effort on the concluding verse.  Certainly a rarity in the genre and an adventurous undertaking, but handled incredibly well throughout.

Notable Lyrics:
"I've probably had enough time to sort this troubled mind to structure."
"Comfort is not love, but is it close enough?"
"It is so hard to impress you when you've built these walls so high, but I want in."
"Tear you open to leave you breathless and longing, show you that you are more than what you lack."

7. So Lightly Thrown
A song of desperation and defeat, off of the 2010 release You Will Not Survive, "So Lightly Thrown" tells the story of a man who cannot get over a past lover.  The raw emotion and power with each and every single lyrics is evident, but the rambunctious musicality adds to the calamity of the situation.  Just over a minute and half through the song when the drums come to a halt and the guitar interlude comes into play, it seems like it is a metaphor of coming to terms with the horrible conclusion that it will never work between the two and that they, he more importantly, must prepare for the inevitable ending of never coming in touch with that lover again.

Notable Lyrics:
"Shaking hands and ripped fabric, let's make this as dirty as we can get."
"And I've heard you're still drop dead gorgeous.  Your smile is fatal.  Your eyes a heart attack."
"This is what happens when two disposable souls fall in love."
"We all have a price to pay, I guess mine was losing you."
"Cover your heart." 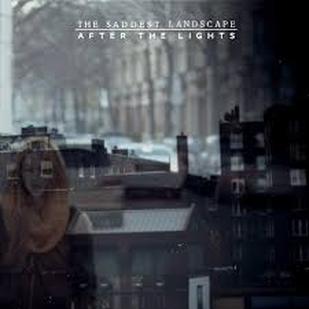 Album Cover (Photo Courtesy of Top Shelf Records)
6. He Died Among Dreams
One of the earlier TSL songs was "He Died Among Dreams", a song that takes the listener through a conversation held between two lovers, mostly from the female's perspective.  Lyrically, this is one of the most interesting and intriguing songs from The Saddest Landscape as it is told from the female perspective, with the man's voice and memory of the interaction.  It also highlights the errors in the man's ways.  With the lack of the male's story and voice essentially, "He Died Among Dreams" is one of the most unique tracks the band has recorded.

Notable Lyrics:
"She said, 'I hate to hear you talk about yourself like that (It's all so delicate, it's always so delicate), but I can't be the one to save you.'"
"'So dry those tears all you want, but we both knew it would end like this, but don't think I didn't notice you gave everything you had even though you knew it would never be enough.'"
"'You can't stay sad all the time, can you?  Can you?  It won't be the same without you.'"

5. When Everything Seemed To Matter
An aggressive jam off of the 2012 After The Lights release, "When Everything Seemed To Matter" is a song of just that; remembering the important things of the past.  The story, like so many Saddest Landscape songs, centers around what went wrong and trying to atone for those mistakes.  This song is no different as the first half of the song is filled with desperate lines, begging for attention and forgiveness.  Violent cymbal crashes and a weaving guitar riff lead that portion before a guitar-driven solo leads the listener into the hard-hitting ending, where the story comes full circle and the regret will not go away.  Finally, the added violin at the end is chilling and fitting for the sad song.

Notable Lyrics:
"We were the hopeless romantics who truly believed in happy endings."
"Just know that it was you I was thinking of when it all came crashing in."
"I should have done more; I should have learned your favorite songs, sang you to sleep, and woke you up with the promise that each day would be better than the last."

4. The Temptation That Is You
This 2003 song set the formula for many of The Saddest Landscapes best songs of the future.  "The Temptation That Is You" is one of the best musically driven songs by the band as the guitars and drumming shine throughout all eight minutes.  The song is a song of getting better and evolving as a human being, realizing faults and correcting them, at least attempting to.  The setting of the song in the first line puts the listener in the lyric and it is nearly impossible to escape as Andy Maddox screams his frustrations of being inadequate.  The pure ferocity and emotion with which the lyrics are being delivered is unmatched.  Truly, by definition, an epic song and one that is an all-time classic.

Notable Lyrics:
"The snow creaks under your feet on the fragile wood of our back stairs."
"I just want you to stick around long enough to know that I'm worth all the trouble I cause because I'm sure that I will fuck this all up somehow, so please don't let me go."
"I will never let this go; I swear that I would love you forever."
"We will still watch our shadows dance on Polaroids and loose leaf paper."
"I don't want you to be scared anymore because even though I hear angels calling my name, it is you they are sending me to."
3. Imperfect But Ours
The song tackles more than just the relationship issues faced by the two main characters, rather, it also acknowledges how hard the world is around them.  In an attempt to salvage the relationship, the listener is placed into the past with all of the baggage held by the two lovers.  A distorted, but sweet sounding guitar riffs kicks off the 4:42 long track and transitions quickly into a solid rock jam.  The tempo is more toned down than past releases, but retains a sense of urgency throughout.  The key selling point of this song is the final portion, where the raw male vocal screaming is countered with a sweet, airy female vocal repeating the same lines.

2. The Comfort Of Small Defeats
Probably my favorite opening riff The Saddest Landscape has ever played, "The Comfort of Small Defeats" is a beyond words emotional ride from start to finish.  The soft opening allows the listener to become vulnerable almost immediately and the ping-pong guitar riff before the bridge of the song is upbeat and catchy enough to make the somber listener bounce just a bit while listening to the contradictory verse ("Everything is fine; everything is falling apart.").  Clocking in at just under four minutes long, the song packs a ton of story and promises into the lyrics and the near crying vocal Maddox gives is inspiring and clearly felt.  Lastly, the militaristic drum beat to close out the jam with the slowly played guitar riff accompaniment is simply perfect for such a dramatic song.

Notable Lyrics:
"But most nights I am filled with superstition and fear; kiss your hair and knock on wood."
"I know you're not right, but you are perfect for me."
"We are the dreamers, the ones who despite the odds shot for the stars."
"You are the reason that I know I will make it through."

1. The Sixth Golden Ticket
Hard to argue that this is the song that put them on the map.  "The Sixth Golden Ticket" is, in my opinion, one of the best love songs ever written.  Yes, it is heartbreaking.  Yes, it is beautiful.  Yes, it inspires hope and spreads a smile across your face.  Yes, it rips at your soul and leaves you a wreck by the end of it.  And yes, it provides plenty of memories, good and bad.  But, can someone tell me that that is different than what real love is?  The song encapsulates the complex emotion in just under six minutes with some of the best lyrical work I have ever read.  The lines are poetry and the way Maddox has a way of saying very complex statements in the simplest of terms is extraordinary.  Every word is screamed with conviction and delivered with nothing less than 1000%.  The crying and huffing at the end of the song, although seems dramatic, are real and true and that is what makes this song a masterpiece.  It was the first song to get me hooked to this amazing band.  With the superb bass line intro mixed with fantastic guitar work and drumming that is unparalleled to their other songs, "The Sixth Golden Ticket" is the signature song of The Saddest Landscape and will forever be.

Notable Lyrics:
"We mouthed the words to all of the saddest songs because they felt like home."
"I will be that call in the middle of the night, the picture you kept in your favorite book, and if you just want someone to call your own, I'll be that too."
"I was just looking for someone to leave me breathless and I found it in you....and I don't want to miss you anymore."
"I must have played that message one thousand times just to hear your voice before I went to sleep."