Pianos Become The Teeth- Keep You 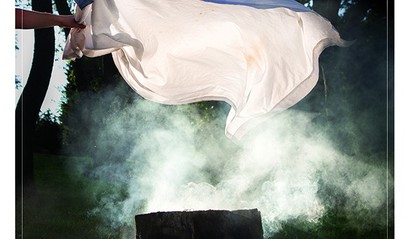 Keep You by Pianos Become The Teeth is hands down, bar none, the Album of the Year, in my opinion.

The Baltimore-based quintet's third album is a completely different experience than their previous two releases, Old Pride and The Lack Long After.  Both of the previous albums were raw and aggressive in terms of musically and vocally.  Faster paced songs with ferocious yells conveyed an overwhelming sense of pain and confusion in the aftermath of a familial tragedy.  They were well constructed songs of controlled chaos and heartache.  Both of them were incredible, there is no denying that.

Keep You is the first big step for the band in recreating their sound.  Instead of wailing vocals and fast-paced instrumentation, the album dials back the intensity quite a bit.  That is not saying that there is not intensity, it is just more reserved and not as in-your-face as the previous releases.  The album still deals with attempting to move on after a loved one passes away, but it is not in the same vain as the Old Pride or The Lack Long After releases.  It is a matured sound that does not rely on the screaming vocals of Kyle Durfey, rather he sings throughout the whole album, something he had done scarcely on The Lack Long After.

The album deals more with coming to terms that what happened, happened and on how to move on.  It is not an easy thing to accept when something tragic happens in one's life, but dwelling in the anger and confusion does not make it any easier.  That is what this album gets at, by basically saying that while what happened is sad and something that will never be easy to get over, there has be a start to the healing process.
Each song represents the attempt to move on with still holding on to memories and does so in unique fashions.  Not one song sounds the same on the album and illustrates the ebbs and flows of moving on with life.  "Ripple Water Shine", the opening track, sets the mood with a hauntingly beautiful story set to a catchy beat that is certainly different than anything Pianos Become The Teeth had ever done in the past.

"Old Jaw" is one of the darker songs on the album with a moody beat and in a way, monotonous vocal delivery until the final moments where Durfey's vocals return to a familiar place of intensity from albums past.
"Repine" is the first single off of the LP and features a more poppy sound from the guitars and drums, making it feel like one of the first Pianos Become The Teeth songs that you would hear on mainstream radio.  And once again, like every song they have ever recorded, the lyrics bring the listener into an amazing story within such a confined time.

Closing out the album, "Say Nothing" is the epic of the album, clocking in at over seven minutes.  The concluding track sums up the previous themes throughout the album and has a slow build-up that leads to an emotional conclusion with Durfey's screaming vocals making a more apparent return that in any other song on Keep You.  The lines of "I say it all when I say nothing at all/So let's say nothing some more" send shivers up your spine with the vocal delivery and just overall message.

There are not enough words to describe the majestic quality of this release.  It is a CD that will change your life and as cliche as that can sometimes sound, this is the absolute truth.  Pianos Become The Teeth have evolved into one of the most talented bands not just in the scene, but in the world right now with this self-revolutionary release.  Every single song is near perfection or in fact is perfect and if this is only the first step in their new journey, I cannot even imagine what future albums will be like.  The Lack Long After was one of the best albums I had ever heard up until this year, but Keep You blows it out of the water.

There is no close second, hell, they are not even in the same universe.  There is no album released this year that comes close to the amazing and indescribably beautiful masterpiece that is Keep You by Pianos Become The Teeth.