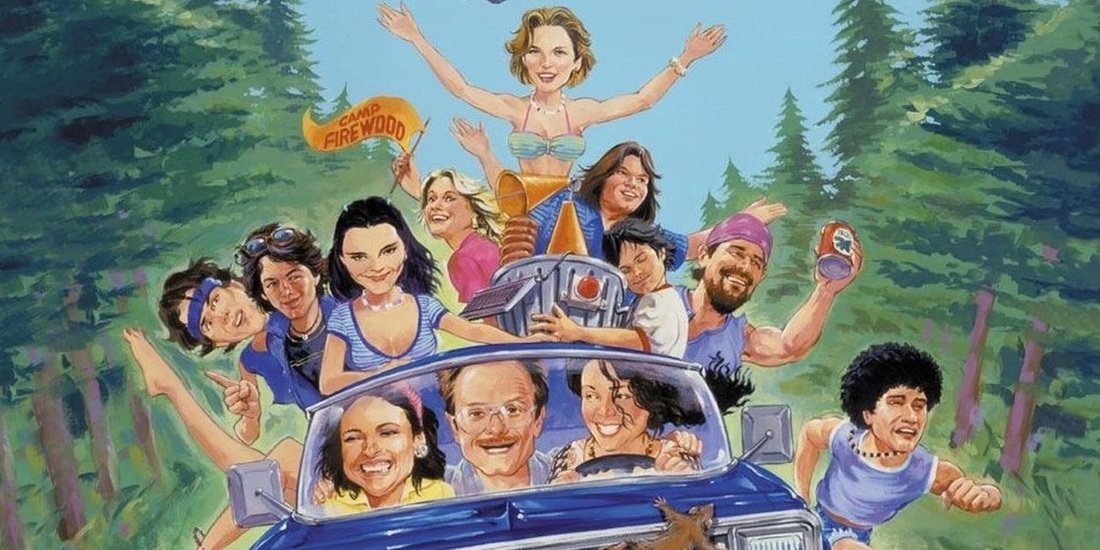 Camp Firewood has its fair share of characters and even that is doing them an injustice.  From Andy, the bad ass, cooler-than-you counselor, to Victor, the wanna be sex god even though he's a virgin, to Gene, the crazy lunchman, to a speaking can of vegetables.  And those are only a handful of characters we as an audience have the pleasure (?) of getting to know during the last day of summer camp in 1981.

Wet Hot American Summer was the directorial debut of David Wain, who also co-wrote the story with the star of the film, Michael Showalter.  The film was released in 2001 and was not met with the greatest of reviews, however, it did establish a cult following.  The prequel was recently released on Netflix as an eight part limited-series which has all episodes currently streaming.

The central storyline follows Gerald "Coop" Cooperberg and his lusting after Andy's girlfriend, Katie.  Coop is the stereotypical good guy who always seems to get shafted, but he has a feeling that this summer may be different and end on an upswing.

As mentioned previously, there are host of characters, each with their own distinctive storyline that plays out for the duration of the movie.  To list all of the side plots and characters involved would take more time than if you were to just watch the film itself.

One story to follow, however, is the love story between Camp Firewood Director Beth and vacationing astrophysicist, Henry Newman.  Through awkward communication, forced interactions/reactions, and a small group of science loving campers, the two discover that part of NASA's Skylab is crashing down to Earth, and may wipe out Camp Firewood completely.  It is in their hands...or Steve's, that they find a way to protect the camp.

Wet Hot is a very exaggerated, and somewhat based in truth, account of summer camps and the shenanigans that happen throughout the duration.  Love is found and lost, friendships are formed and tested, talent shows are taken too seriously by the producers, and the food is, well, summer camp food.  Take it for what it's worth.
The absurdity of the situations only provides more side-splitting, gut-busting laughter as you follow these lovable, yet selfish, counselors through the Summer of '81.  The one liners are a plenty and the cast is phenomenal.  When you consider that this was the major film debut of Amy Poehler, Bradley Cooper, Elizabeth Banks, Michael Ian Black, Ken Marino, and Joe Lo Truglio, just to name a few; Wet Hot jumpstarted the careers of some of today's comedy giants.

When you look at the veteran actors in the film (Janeane Garofalo, David Hyde Pierce, Christopher Meloni, and Molly Shannon), they collaborate well with the younger cast and expand upon their already fantastic comedic abilities.

Lastly, Paul Rudd steals the movie.  The amount of memorable lines and scenes he's in, despite his short on-screen time, stand out more than anyone else's and will leave you crying from laughter.  At least it did for me.

I simply cannot recommend this film enough.  To say it's hysterical is an understatement.  The awkward interactions, campiness (pardon the pun), and unique story mixed with a phenomenal cast make this film a must see and one that's impossible to not enjoy.