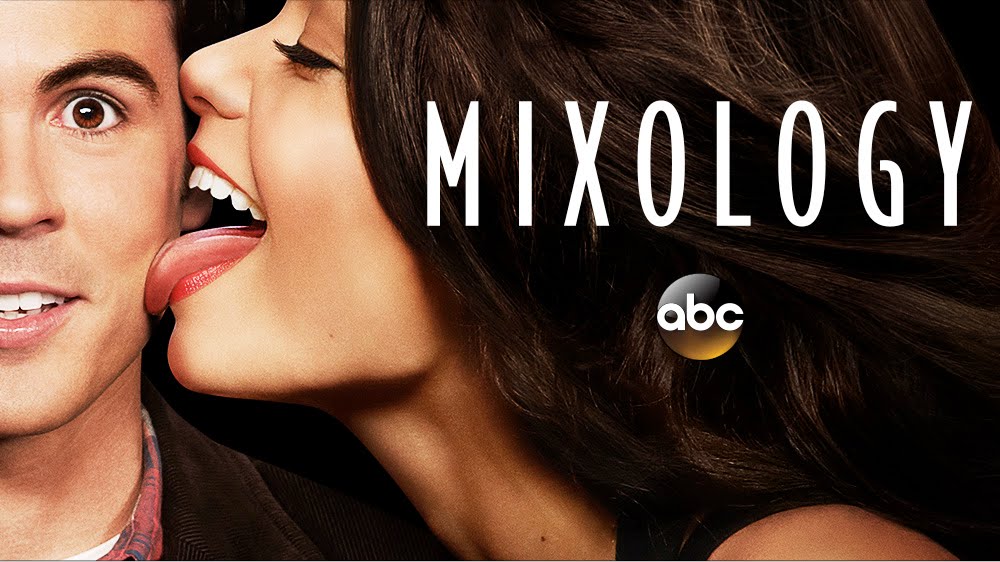 Photo courtesy of Google
In this cancelled ABC comedy, ten single souls (five guys, five girls) are in search for love, whether it be for the night for the rest of their lives.  Mixology consisted of 13 episodes and ran from February 26th, 2014 to May 21st and was set in a New York City bar for one night.  The story essentially was centered around Tom (Blake Lee) and Maya (Ginger Gonzaga).  The two are polar opposites where Tom is outgoing, loving, and caring, but dorky and awkward, Maya is a loner who is rough around the edges and emotionally distant, but strong, confident, and drop dead gorgeous.

Throughout the night, Tom's friends Bruce (Andrew Santino) and Cal (Craig Frank) attempt their searches for love and/or sex which include single mother Jessica (Alexis Carra) and hostess/waitress Casey (Vanessa Lengies).  Other characters like Maya's co-worker, shy and timid friend Liv (Kate Simses), beautiful, yet broken and broke Englishman Ron (Adam Campbell) and all of the girl's eye candy bartender Dominic (Adan Canto) have their own experiences throughout the crazy night that tests each character's thoughts on sex, love, and the future.

It was a show that was different and interesting, seeing as it all took place in just a couple of hours and each episode was focused on two specific people.  The interweaving storylines add depth to characters that if they stood alone, would come off as shallow.  It is laced with hysterical, witty retorts, outlandish flashbacks and characters that you can relate to and are easily identifiable.  The sense of humor in this show is like a combination of It's Always Sunny In Philadelphia and How I Met Your Mother.

To get through the full season only takes around six and half to seven hours, something that can be easily accomplished on a boring Sunday.  The great thing about Mixology is that once it comes to an end, it is a show that is easy to go back to and enjoy just as much throughout the second run as it was the first time.

If you're looking for good, cheap laughs but also thought provoking jokes, or even a story about the triumphs and failures of love, Mixology is the perfect series to stream on Netflix.