Slaves- Through Art We Are All Equals 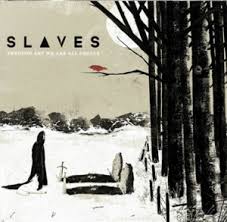 Photo courtesy of Google.com
Since leaving Dance Gavin Dance and the drop of his second solo project, Jonny Craig returns to the frontman position in the California-based hard-rock/hardcore band, Slaves.  Their debut album, Through Art We Are All Equals is a wonderfully constructed, perfectly sang album that returns Craig to his throne as the best singer in the scene.

To start off, the album is over 40 minutes long, which is refreshing for this genre.  Usually, the bands are calling it a wrap with just over a half an hour of music, however, Slaves delivers and does not waste one second on the album.  "The Fire Down Below" is the opening track and sets the pace and tone for this album.  It is a song about motivation and the desire to better oneself.  The vocals Craig provides are on point and reminiscent of his powerful vocals on Emarosa's Relativity album.

"My Soul is Empty and Full of White Girls" is arguably the best song on the CD.  Aside from the humorous title, the song is a hard-hitting track about Craig's past and how he has chosen to cope with it moving forward.

One aspect of this album that sticks out is the number of guest vocals featured throughout.  Kyle Lucas, Tyler Carter, Vic Fuentes, and Craig's sister, Natalie, all make appearances and improve the songs that much more.  Each vocalist is incredibly talented and brings their A-game to the debut LP.

"The Hearts of Our Young," and "Starving For Friends" are the most emotional songs on the CD, featuring Natalie Craig and Vic Fuentes, respectively.  The first song deals with abandonment and how they'll struggle to know what love looks like.  One can assume that this has a deep, personal root to it, possibly pertaining to their father and mother's relationship.  Either way, the two Craig's collaboration is spot on and absolutely perfect.  My personal favorite song on the CD.

Closing out Through Art We Are All Equals is the recollection song, "Starving for Friends".  Craig's lyrics express nothing but regret about his past actions and how he wants to leave it all behind and move on.  The vocals are sincere and the lyrics are precise, no wasted words.

With this release by Slaves, one can only predict an even bigger and brighter future, as long as the band can stay intact and continue to write in a way that is refreshing for this genre.  It is an album that will grow and grow on you play after play and one that you will not regret purchasing.