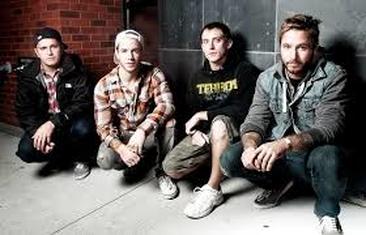 Ligeia was a hardcore quartet formed in 2003 billed from Boston, Massachusetts.  Combining breakdowns with guttural yells, clean singing, and a party-like vibe, Ligeia quickly rose up the ranks of the hardcore scene and toured with heavyweights like Emmure, Unearth, and The Acacia Strain.

In 2006, Ligeia released their debut LP, Your Ghost Is A Gift.  The eleven track effort garnered mediocre reviews, but revealed a talent that was untapped.  The band came back with their sophomore effort in 2008, Bad News, that had a completely different feel from their dark and brooding first effort.  Bad News had more of a "frat-boy" vibe and strayed away from the heavy instrumentation.  However, the lyrics remained abrasive and attacking.

After a series of missed shows, frequent band member changes, and personal demons, Ligeia began to unravel on their rise to metalcore greatness.

The band broke up in 2009 for a short time before coming back in 2011 to release their final EP, Welcome To Palm City for free as a thank you to the fans that followed them.  After a strong release, the band once again folded, this time permanently shortly after the EP's release and a few shows in its support.

Below are my Top 10 personal favorite songs that I believe best reflect Ligeia.  I truly believe the band could have been superstars had they been able to right their many wrongs.  However, as is life of a young touring band.

My homage to Ligeia and the greatness that should have been. 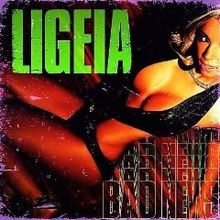 The premier track from Ligeia's last recording, "Simulated Drowning" is a hard-hitting, eye-opening track filled with sympathetic lyrics to the band's current state.  It was as if vocalist Keith Holuk knew this was the end when he wrote the lyrics.  Lines like, "Today I am truly alone/No one can and no one will/Erase the failure/Disconnection/Yes I can and yes I will/Hang my head in shame." and "We cannot find our way out/No not this time/We can not find a way out no/And because and because and because/Well maybe I know," show the band's personal struggle with how their careers have gone and that they've hit the end of the road.

The most telling lines are the final two which sum up everyone's emotions in terms of letting go: "I never wanted it to end up like this/But that's how it goes."

A surprise at number nine.  If you ask many Ligeia fans, they will rank this song in the top five, hell, maybe even top three.  The breakdowns, the energy, the venomous lyrics; Ligeia let their aggression fly in the funny, yet rudely titled crowd favorite, "I'm Sorry You're Ugly."  The second track off of Your Ghost Is A Gift follows the emotionally charged, nonstop energy opening track of "Beyond A Doubt" and continues with the energy with a heavy double bass and pounding  guitar riff.  Filled with speed and brought to a sudden halt for the final forty-five seconds with a deliberate breakdown, the song allows the audience to switch gears in what dance they want to do.  What separates this track from CD version to live version is the live breakdown set up, where Holuk declares, "Wu-Tang Clan ain't nothing to fuck with!" before the crowd unleashes their best moshing moves.

Believe it or not, the band had a bit of a softer side.  "Bombshell", while clearly not a ballad, was a song that showed some vulnerability and was a song that praised females rather than degraded them, as many songs tended to do.  It told the story of that dream girl that every man finds in their life.  The one that's different, the one that sets herself apart from the rest.

"I've seen a girl or two in my time and you're all the same.
But this one, there's something about the way she's moving close to me."

​Dive a little deeper and literally that, a "little" and you realize the song deals with a sexual encounter, but the thought is there to glorify this woman.  How she was a "supermodel" and how she looked incredible.

Hey, compared to "Hoodrat", this song is the most beautiful song in the world.

7. Desperation: The Further (2011)
The final song Ligeia ever released was the best one from their last release.  "Desperation: The Further" is a song that is heartbreaking at its core.  It's about deception, addiction, and just the overwhelming nature that life can have on people.  Be it your friends lying to you, love not being all it's hyped to be or the demons one cannot escape, the song is of lost hope.  Despite the efforts to overcome everything at once, sometimes it's destined to fail.

Not the most uplifting song in their catalog, but one that should leave a lasting impression, especially if you've followed them from day one.

It was the first "epic" track Ligeia had ever released.  A song with its usual screams and growls, but a uniqueness due to its clean vocals.  It was the first time we heard Holuk sing for an extended period of time.  While he was no Freddie Mercury or classical singer, his clean vocals offset his aggressive throat ripping growls to a T and added a depth to the song that had it not had the clean vocals, would have sounded like another generic metalcore track.  The emotion in his clean vocals was impressive.

But don't think for a second that Ligeia didn't hold up musically.  The song with faded distortion, vicious breakdowns, and at times a poppy guitar line turned this song into a four minute classic from Your Ghost Is A Gift.

"Johnny Cash" was an interesting track from Ligeia.  The instrumentation was heavily distorted, the singing was grittier, and the chorus was depressing.  A song about drinking, abusing pills, and the battle with oneself to accept failures, the short track takes the audience down a road of self pity and embarrassment.  Towards the end of the song, we're hit with a rock riff that had not been heard on any other Ligeia song up to that point and is the highlight.

Lyrics like, "I got no money/I ain't got no pills, honey/I hit that bottle, baby/Can't you see I'm fucking thrilled?" create this image of failure that's hard to escape, yet we know it exists all around us. 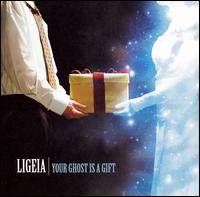 Photo courtesy of Wikipedia
Well, there's really not too much to say about this one that can't be summed up from the lyrics.

Anthemic, catchy, and a song that some can relate to, Ligeia let loose with their female frustrations in this two and half minute song.  I feel bad for whoever the subject(s) of this song was/were.  I guess the moral of this story: Don't piss off Keith Holuk.

Similar to "Heart Attack", "The Blackout" is an epic song.  Clocking in at over five and a half minutes, Ligeia blends what they do best.  Wonderful lyrics, a catchy clean vocal, solid drumming and great guitar riffs, the fifth track off of Your Ghost Is A Gift is a highlight to many Ligeia fans.

A deeply disturbing, dark song about one coping with the aftermath of a suicide, lyrically this song is one of Ligeia's finest outings.

"Sirens fade from silence/This is where the story ends/In a dream of truth, they'll never find you/Yellow tape and empty chalklines/That's all she wrote/Head first through a noose/I'd shed a tear for you/But you're not even here."

The crowning part of this song is at around the three minute mark where an infectious breakdown leads into a softly played guitar part and militaristic drum beat.  It sets up the most emotional delivery Holuk has ever screamed when the music comes back:

The track that started it all.  The debut track from Ligeia almost ten years ago.  Fast paced, in-your-face, a statement making track.  Probably my favorite video they ever made, Ligeia displayed all kinds of emotion in this track that would set the pace for their next five years.  It was a song that would get the crowd involved no matter what; chanting, screaming, moshing, and much more.
Unrelenting.  Thrash influenced.  Words that meant something.  Beyond a shadow of a doubt, one of the best songs they have ever recorded and one that will define their legacy when one gets into them, whether it was in 2006 or today, after reading this.  (One can hope).

Three tracks in a row from their first release is not a coincidence.  Your Ghost Is A Gift was a phenomenal debut record and in my humble opinion, there was no better track than "Household Stereotypes".

Immediately following "The Blackout," the sixth song of the LP picked up right where the previous track left off.  Proceeded by a haunting instrumental, "Household Stereotypes" kicks off with one of my favorite lyrics of all-time:

"Denial is passion for the weak minded fool who insulates reality."
Lyrically, I believe this is the best song they ever wrote.  Musically, the song is tight and crisp with wonderfully written parts and some of the best drumming I've ever heard.  The breakdowns are brutal and emphasize the story of the song.  Keith's clean vocals are the best they ever sounded and the pain delivered is evident; it strikes a chord.

Just like how the song ends, you can finally exhale, shake your head and go, "My God, that was incredible."

It's an adventure.  It's a dramatic story.  And it's damn near perfection.

I simply could have made a comprehensive guide to all of their songs, but I tried my best to narrow it down to ten.  Even looking at the notables, I realize that I should have included "Hot Mess", but what can you do?  Some songs edge out others by hairs.  When looking at this list, the songs chosen shows Ligeia's diversity, mixed with what they did best.  They were a playful group of dudes who loved playing heavy music and partying.  They could deliver songs with emotional messages, but could also write a song that had no deeper meaning other than the lyrics sung.  Their energy was second to none and live, they were a band that got every crowd involved and left them talking long after the show's final song.

If you could not tell, I miss Ligeia.  Terribly, in fact.  They were the first heavy band I had ever discovered on my own, on a whim when I purchased Your Ghost Is A Gift simply because I loved the album art.  Ever since that moment in late 2006, I have supported the band endlessly.

These ten songs make up the tapestry of Ligeia's legacy and are the best songs to get introduced to if you have not listened to them already.